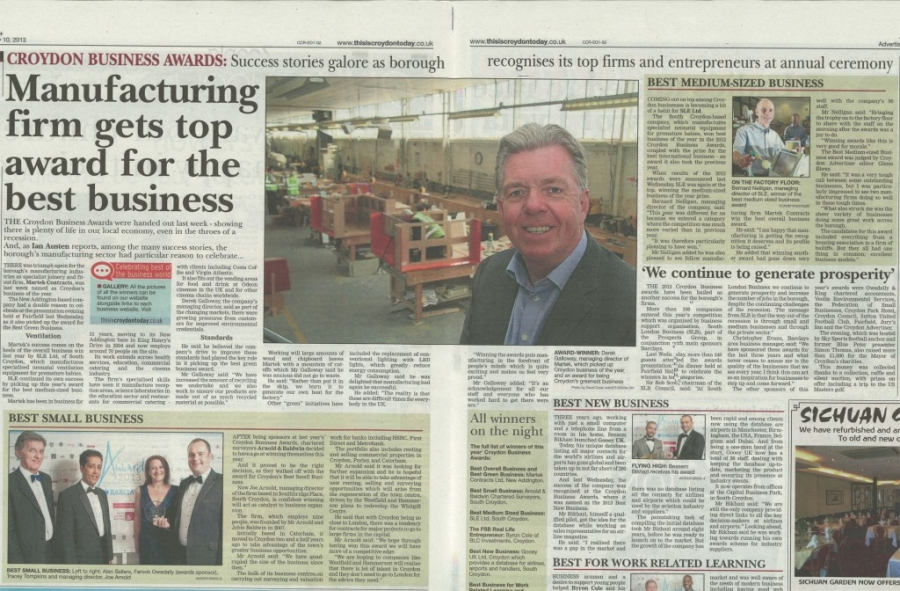 On the evening of the Croydon Business Awards 2013, Martek were Highly Commended for Best Medium Business and winners of Best Gren Business, but as the ceremony approached a close, it was then announced that Martek would be taking home the most prestigious award of the night, for Croydon’s best overall business.

The Croydon Business Awards, now in its third year, are organised by South London Business part of the Prospects Group in association with Barclays, to showcase the best of business in the borough. Competition was extremely tough at this year’s awards and over 100 companies entered across the nine different categories. Around 240 guests attended the Oscar-style ceremony, presented by Sky Sports news presenter Simon Thomas at Fairfield Halls to hear the judges’ verdict.